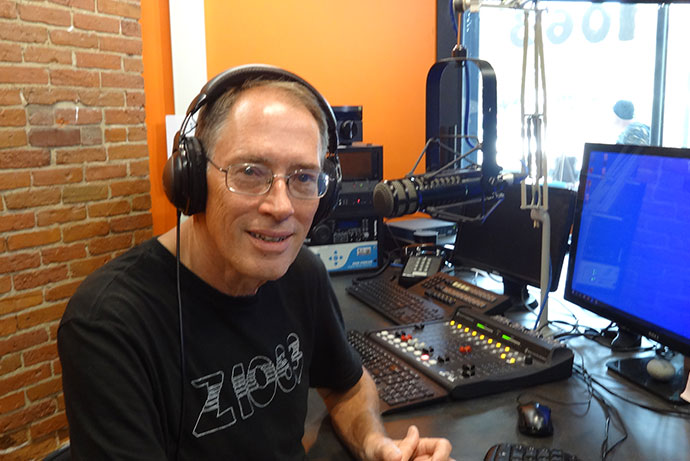 Jim has been working in the radio/TV business since 1971 via a Boy Scout Explorer post. "It all started at a 1000 watt radio station in Glens Falls where I cut my teeth and stained my fingers" doing the local morning news at WWSC. After honing his craft at Ithaca College, Jim covered the beat at WVIP in Westchester County New York, as a news reporter . From there, it was a quick step into the news reporting and production department where Jim produced commercials for 11 years. In 1988, Jim took on the role of production manager, eventually assuming the role of Operation Director shortly before his retirement from TV in 2008. Since his "semi-retirement" he returned to his first love of radio. Jim is now on WNBZ, "playing all the hits for you, wherever you may be."

The Night Shift with James Rabe