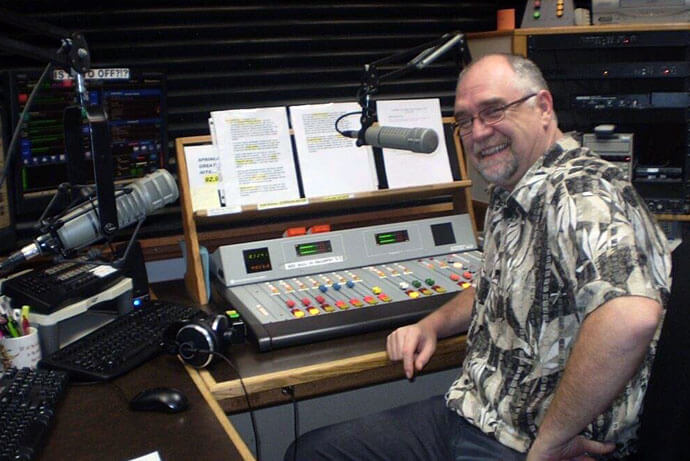 Radio is in Bud's blood. He hails from St. John's, Newfoundland, the birthplace of radio. His father, an Airman from New York's Sullivan County, was stationed in St. John's where he met Bud's mother, and the rest as they say is history. Having worked at notable radio stations in the Maritimes, Bud was offered a morning show in Honolulu, Hawaii and spent the better part of the next 20 years saving money on long pants and socks. Most recently Bud could be found waking up the 'Tony Island' of Nantucket, where as he tells it, he was 'kind of a big deal'. Bud's wife, The Brunette is from Montreal and he has more family in Burlington, so returning to this area was a no-brainer.