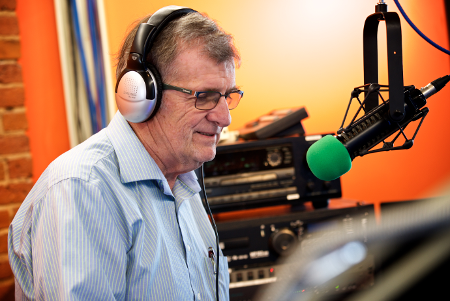 Bill Dickerson got his start in radio during his college days at SUNY Cortland where he helped start the campus station in the late 60's. And as a member of the Campus Concert Committee he also got to meet and often introduce on stage many of the top acts of the day -- including Neil Diamond, The Temptations, The Hollies, The Grateful Dead and many, many more too numerous to mention.

While pursuing a career in Higher Ed Administration, Bill continued to nurture his love for radio by working at a series of Northern NJ stations including WIXL, WKER, WRAN and WMTR. More recently, Bill has worked at several Burlington/Plattsburgh stations.

And in the belief that some things were simply "meant to be" -- Bill is having the time of his life on WNBZ, where afternoons are "Better with Bill."

The Night Shift with James Rabe